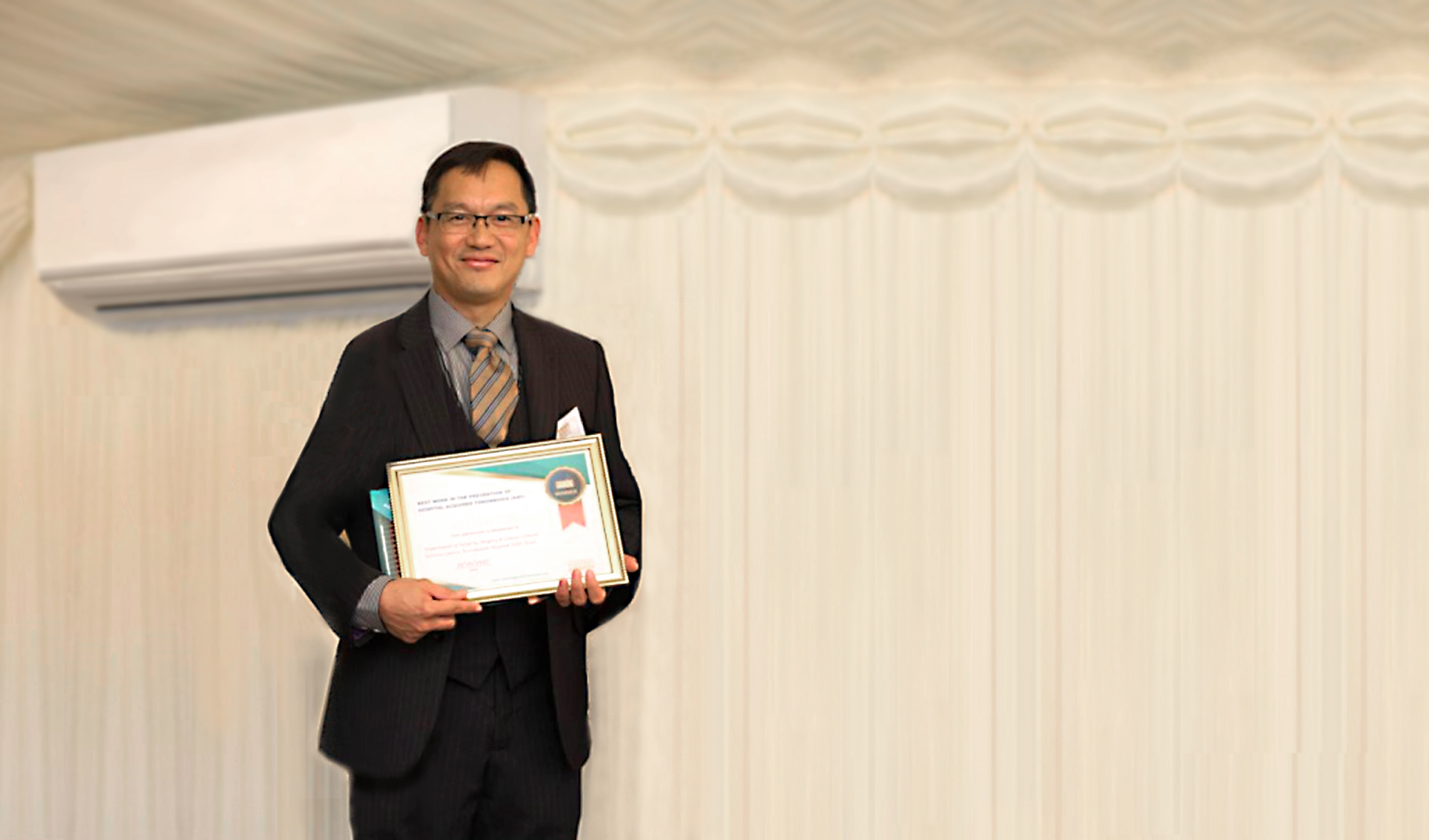 “There are 25,000 deaths in the UK resulting from Deep Vein Thrombosis every year, and two thirds of these are preventable.”

Consultant Simon Toh has seen the devastating affects of Deep Vein Thrombosis (DVT) during his 20 years as a surgeon. Following surgery, patients at risk of DVT need to wear specialist stockings and self-inject Heparin for 30 days, in order to prevent blood clots.

After one particular surgery where he successfully removed a patient’s cancer, the patient later tragically died of DVT caused by a lack of adequate self-care upon their discharge from hospital.

“We needed to do better.”

Simon identified the way to reduce the number of preventable DVT deaths was to ensure clear communication of self-care instructions, as well as regular prompting following a patient’s discharge.

Inspired by the Scooby-Do character Velma, who always wore stockings, Simon begun building a team to create content that would empower patients to look after themselves better upon leaving the hospital.

His initial content was well received in the health sector, but Simon realised he needed more support in order to launch his social enterprise. This led him to join the Ingenuity Programme in 2021.

Simon’s business plan and pitch landed him a place in the national finals, where he won the South Coast Champion first place prize, and the joint prize for the Health Challenge National Champion, along with the regional Legal Prize from Shakespeare Martineau.

Simon is now working with a develop to market test the app in the new year.

“Just imagine the number of lives we could save if we could prompt patients daily after discharge. This platform will transform how we communicate information to our patients forever.”