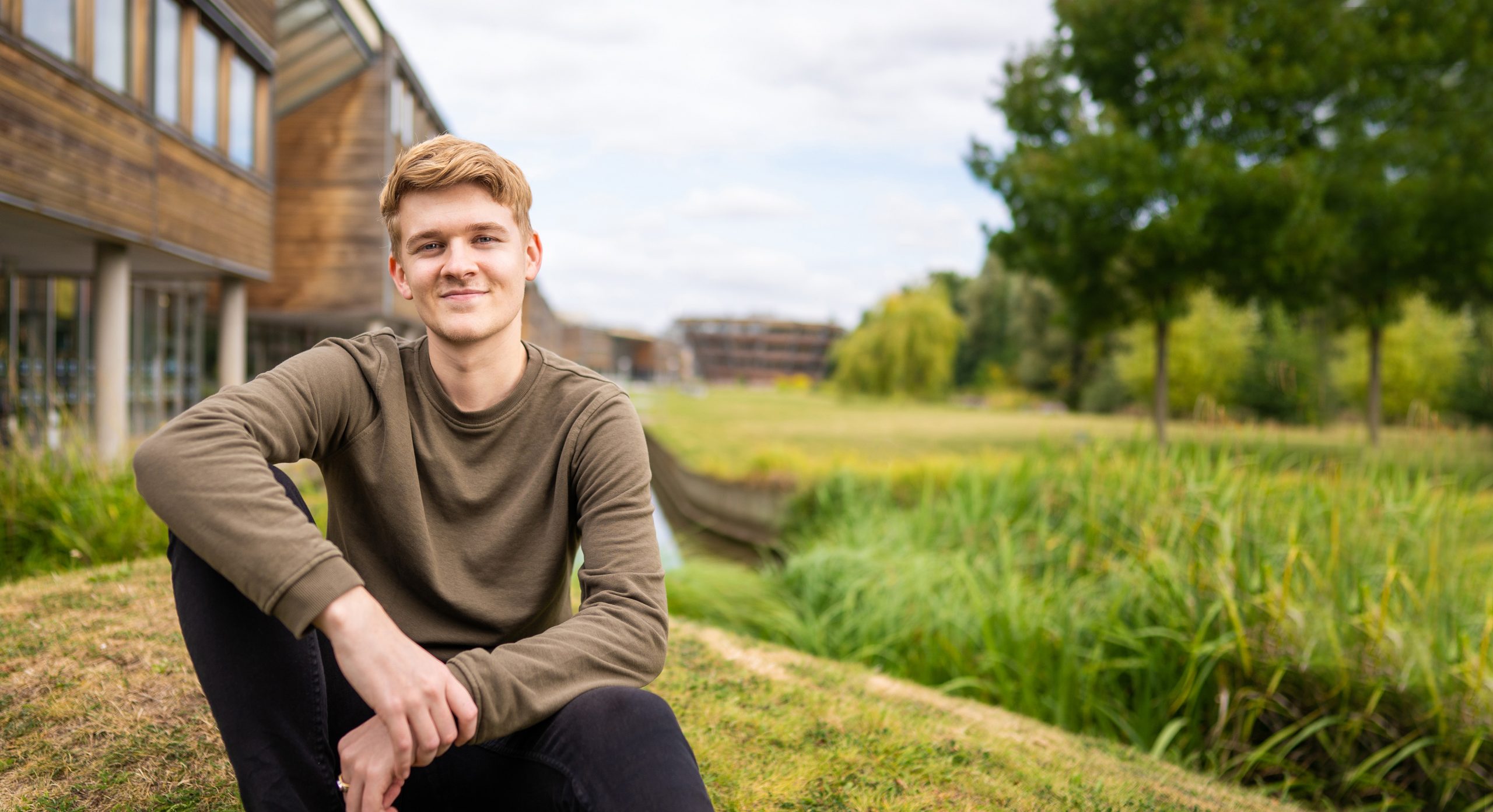 There is a growing problem of methane production from livestock in the agricultural industry, with cattle responsible for approximately 65% of the industry’s emissions.

Seaweed Culture aims to be part of that solution.

Whilst taking part in a competition at his university, law student Luke Smith was challenged to “think bigger with his future”. He had a lifelong passion for climate change and the environment, and after a summer of research, the idea for Seaweed Culture was born.

“Seaweed Culture is developing a system to grow seaweed at scale that will be used as climate mitigating livestock feed, to help reduce methane production in livestock by up to 95% with no effects on the quality of meat or milk.”

He joined the Ingenuity Programme in 2021, alongside fellow University of Lincoln student Lydia White.

“Ingenuity has really built confidence within us to push this business forward. The mentor broke the idea down, understood it with us, and then built it back up again to refine it – that was a pivotal moment for us – it really added value to our business.”

At Ingenuity’s Impact Evening, Luke and Lydia were announced as the ‘Tackling Climate Change National Champions’, in addition to the second place East Midlands Champion prize and the Shakespeare Martineau Legal Prize for the region.

The Seaweed Culture team are developing their proof of concept alongside studying for the final year of their degrees, with the aim of developing a prototype in 2022!